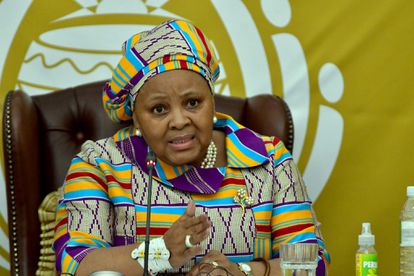 The House Speaker was used as part of a scam – Photo: Flickr / GCIS

The House Speaker was used as part of a scam – Photo: Flickr / GCIS

Parliament have been forced to issue a statement on a rather bizarre matter this week. A scammer, masquerading as House Speaker Nosiviwe Mapisa-Nqakula, has been targeting staff members in the National Assembly. The bizarre rouse asks victims to ‘purchase iTunes vouchers’.

Is the House Speaker trying to secure herself some iTunes vouchers? No, of course not…

The strange old scam has been snuffed-out early doors by the authorities, however. Members of the public have also been targeted by the fraudulent communication, which utilises apps such as Gmail and WhatsApp.

The grift isn’t exactly sophisticated, though. Whoever is behind the scheme essentially pleads for a transaction to be completed, then hopes for the best. This may not be the smartest scam, but Parliament is still opting to raise the alarm.

Office of Mapisa-Nqakula distances her from bizarre scam attempt

So there we have it. Nosiviwe Mapisa-Nqakula isn’t trying to fleece the public, one iTunes voucher at a time. If only all scams were this transparent, eh? Nonetheless, Parliament is still urging its staff members and citizens at large to remain vigilant as we head towards Christmas.

“Parliament has warned members of the public about a scam designed to mislead unsuspecting victims using an email address and WhatsApp number purporting to be that of the Speaker of the National Assembly, Nosiviwe Mapisa-Nqakula, to defraud victims.”

“The WhatsApp number used bears the name of the Speaker but the profile picture is that of the National Council of Provinces Chairperson, Amos Masondo.  Anyone who receives such an email is urged to ignore it.” | Parliament Statement

Are these called slip slops or flip flops? We know what Jean De Villiers says