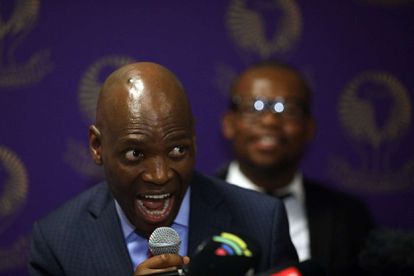 Former SABC chief operations officer (COO) Hlaudi Motsoeneng is not going down without a fight as he intends appealing a damning ruling by the High Court in Johannesburg, which found that millions he had received from the public broadcaster, were unlawfully paid to him.

It was the Special Investigating Unit (SIU) that had approached the courts to have a decision by the SABC board to award Motsoeneng the funds reviewed and set aside.

That’s not all that the High Court has decided – in addition Motsoeneng has been ordered to pay 15 percent in interest every year from September 2016.

Hlaudi slams court ruling ‘I don’t have bags of money’

In an interview with SABC News on Thursday morning, 23 December 2021, Hlaudi Motsoeneng says the ruling is completely unreasonable and is willing to even take on the matter with the highest court in the land.

Motsoeneng tells his former employer that contrary to what the SIU matter claims, he never received the R11.5 million from the SABC – and was actually paid R6.7 million.

“I was not paid not paid 11 million, I was paid R6.7 million. I don’t have bags of money, how can I pay the money within seven days? It is unreasonable,” he said during the interview.

Motsoeneng says he believes the judgement was wrong.

“I operate like lightning. I have already put my papers in court and served those other parties. I’m appealing the matter. I think another court will find differently”

Motsoeneng was sacked by the SABC in June 2017, after an internal disciplinary hearing found him to having lied about his qualifications. He lost his title of chief operations officer at the SABC after a court set aside his appointment. He was found guilty of bringing the SABC into disrepute and causing irreparable damage to his employer.

In December 2016, the Western Cape High Court also ruled in favour of the DA, finding the appointment of Motsoeneng as the SABC’s group executive of corporate affairs unlawful and irrational. Motsoeneng’s tenure at the SABC has been completely marred with legions of allegations of wrongdoing on his part, including lying about his qualifications.