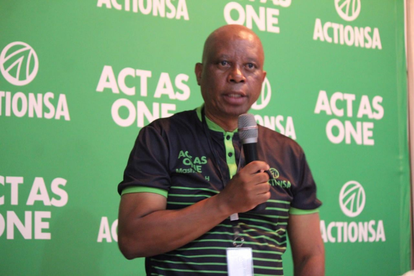 ActionSA leader Herman Mashaba reckons his former political home, the Democratic Alliance (DA) should brace for more of its members jumping ship, ahead of the 2024 national elections.

This comes after the party unveiled Andrew Louw as its new leader in the Northern Cape. Louw was elected the DA’s leader in the province in 2020, but his relationship with the party turned sour and culminated in him leaving.

Both Louw and the DA seem to be in disagreement as to how he departed. Louw claims to have quit without even handing in his resignation, reportedly during an interview with TimesLive. But the party revealed that he had actually been suspended after being accused of gross misconduct.

‘DA PEOPLE ARE JOINING US’ – MASHABA

“If you want to win fish, you don’t go fish in a desert, you’re going to the ocean, and right now, one thing for sure with DA, there is obviously potential because most of the colleagues in the DA are good committed South Africans who are going to help us turn this country (around) and all the other ones who are going to help unseat the ANC. You see Andrew today; you’re going to see more and more visible towards 2024, DA people joining us,” Mashaba is quoted as having said on SABC News.

Louw says he will continue fighting corruption in the province and has also dismissed claims that his decision to leave the DA is because he is disgruntled.

“If people want to join the Action SA because they’re disgruntled, then I think they’re at the wrong place. People must join Action SA because it’s people that want to make sure we go into government, it’s people that say I’m prepared to follow Herman Mashaba because he is an ethical man, he is a man of integrity, he is a man that will not be corrupted by any individual. In this province, I fought corruption for many years, and I’m prepared to do that again,” he is quoted as having said.