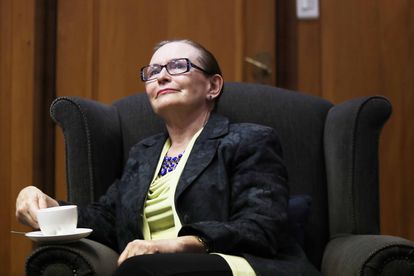 No-one stirs up controversy quite like Helen Zille on Twitter, and the DA stalwart has again sparked a small-scale backlash with her musings about the apartheid government and cadre deployment.

What is cadre deployment?

The term ‘cadre deployment’ refers to governments recycling the same old faces for top political positions, ensuring that the best jobs go to those who don’t necessarily have a great track record. It’s the classic ‘who you know, not what you know’ situation – and The ANC have become experts in this field.

In fact, it’s believed that the ruling party has used cadre deployment to handpick candidates at key institutions, including the appointment of two ConCourt judges – which the DA say President Ramaphosa LIED about under oath.

However, while lambasting cadre deployment yesterday, Helen Zille was challenged about the practice and its roots in apartheid. The National Party also knew a thing or two about ‘jobs for mates’.

“There is one interesting difference. The old NP [National Party] ‘cadre deployment’ usually managed to build strong state-owned entities, a capable state, and led to significant industrialisation and economic growth. Quite the opposite under the ANC.”

As you’d expect, this statement ruffled a few feathers online, and some were perplexed to see Helen Zille defend the act of cadre deployment when it was carried out by apartheid officials. Furthermore, a state that excludes most of its population from economic activity wouldn’t be classed as ‘capable’ by many others.

🤣🤣🤣I didn’t not think it was possible, but Helen Zille has levelled up. WTF? 🤣🤣

Wow. “When white people did it it was okay…”