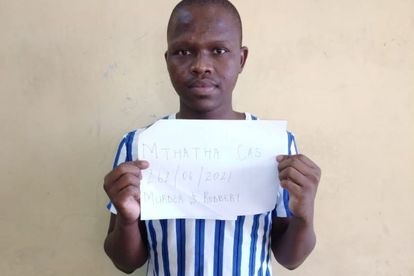 The Directorate for Priority Crime Investigation (DPCI), also known as the Hawks, have launched a search for a 24-year-old murder suspect who escaped police custody while en route from Thabazimbi to Mthatha.

“The Mthatha based Serious Organised Crime Investigation team of the Hawks is searching for information that could lead to the re-arrest of Khuselo Mkhangeli (24) who escaped police custody while being a prisoner-in transit from Thabazimbi to Mthatha on 28 July 2022,” said Hawks spokesperson Captain Yolisa Mgolodela.

The man is one of three linked to the murder of Mphakameli Mazinywana, a 48-year-old police officer, at his Mthatha home in June 2021.

Mkhangeli along with two other suspects, Sandile Ntsikithi (26) and Siyanda Sanamzi (30) were later arrested for the crime. According to the Hawks, Ntsikithi was released on bail but absconded the court. He was later reported to have been murdered at Nyanga in Cape Town.

Sanamzi is already sentenced in another matter while being on trial for Mazinywana’s murder. Mkhangeli was denied bail in the matter and subsequently remanded in custody due to his previous run-ins with the law.

“On 28 July 2022 at about 19:30 while Mkhangeli was being transported to Mthatha Central after his court appearance in Thabazimbi for a different matter managed to escape lawful custody.  The transporting police officials at Norwood in Mthatha next to Engen garage heard a bang and immediately stopped the bakkie. The padlocks were still intact but the door hinges were unscrewed.  Mkhangeli is reported to have escaped with leg irons on”