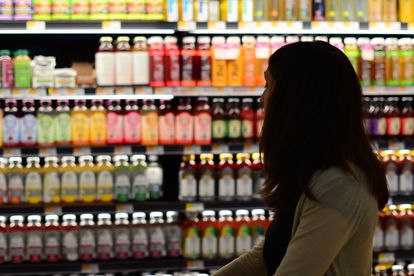 With the price of petrol having officially gone up again, retailer Checkers says driving to the supermarket for a grocery run is probably more expensive than having the goods delivered to your doorstep. This, of course, depends on just how close (or far) you live from the grocery store.

The retailer has made calculations which show that making the average return trip of 7.5 km would cost a motorist just under R53, while the delivery fee using the Sixty60 app is R35, which is also the same amount charged by another retailer, Pick n Pay, for its grocery delivery service.

As to how it reached the figure, Checkers says it considered that South Africa’s top-selling passenger vehicles cost R7.01 per kilometre to run.

Online platforms have also seen an overwhelming increase over the years in South Africa. Part of it is attributed to the COVID-19 lockdown in 2020, during which many people spent most of their time indoors and had no choice but to make use of online platforms like Takealot and Checkers’ Sixty60 app.

SOUTH AFRICANS OPT AGAINST DRIVING TO THE GROCERY STORE

Now the latest petrol hike could prompt more consumers to make use of online shopping in lieu of those fuel-guzzling trips to the store. The added potential benefit to that is promotions that could be made available by the said platforms, which could include a discount on the delivery fee – or the cost of what is inside your cart.

Speaking to CapeTalk, Neil Schreuder, Chief of Strategy and Innovation at the Shoprite Group points out that the Checkers Sixty60 app wasn’t created necessarily to make deliveries a cheaper alternative to driving.

The calculations on the savings were confirmed by the Automobile Association.

“We did a sum with the most popular-selling passenger vehicle last year… the Polo Vivo 1.4 Comfortline… and the AA says that’s going to cost you R7 a kilometre to run for fuel,” he further told the radio station.