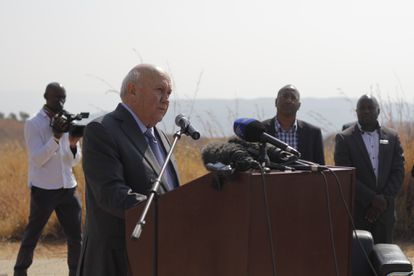 It’s been confirmed that a Nobel Prize belonging to FW de Klerk has been stolen from the family home in Cape Town. The former president’s wife told the media on Wednesday that thieves had ransacked their Fresnaye property back in April, with their safe all but emptied.

In 1993, FW de Klerk was jointly awarded the Nobel Prize for Peace, alongside Nelson Mandela. He was credited with helping to dismantle the apartheid regime, in order to pave the way for a democratic South Africa. However, his legacy remains a complicated one.

His long-running association with the National Party during the oppressive years of apartheid has not been forgotten. De Klerk’s comments on the regime, right up until his death in 2021, also riled many South Africans. His place in history occupies a very grey area.

How much is a Nobel Prize worth?

According to Elita de Klerk, some of her own personal jewellery was also stolen during the raid. She said it was ‘difficult’ to place a financial value on all the items that were taken – and as it turns out, the worth of a Nobel Prize can fluctuate wildly.

The exact weight of the medal varies, but each gold medallion is 18 karats of green gold, plated with 24 karats of pure gold. With an average weight of around 175 grams, the prize itself is worth about $9 500 – $10 000. However, people are willing to pay MUCH more to acquire one.

In 2015, Nobel laureate Leon Max Lederman’s medal sold for $765 000.The prizes awarded to both James Watson and Francis Crick for the discovery of DNA went to auction, and Crick’s s went for $2.27 million in 2013. However, one purchase blows the rest out of the water.

The 2021 Nobel Peace Prize also sold at auction – for an eye-watering $103 million. Alas, this was for largely philanthropic purposes, which put the bidding process into overdrive. The item stolen from FW de Klerk is likely to be nearer the lower end of the scale.