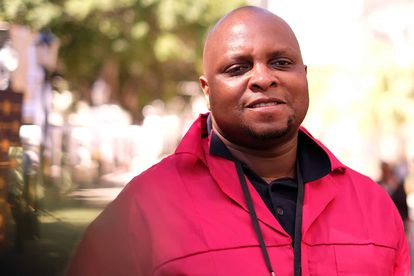 EFF Deputy President Floyd Shivambu is being taken to task by some Twitter users after complaining about Acting Chief Justice Raymond Zondo being interviewed last by the Judicial Services Commission (JSC) for the Chief Justice post.

It’s no secret that Shivambu and other EFF leaders, including Julius Malema, are no fans of Zondo, having accused him of pursuing a political agenda.

Zondo is one of four people who are vying to become the Chief Justice at the Constitutional Court. The post was left vacant after Former Chief Justice Mogoeng Mogoeng retired in October 2021.

The Judicial Services Commission (JSC) is conducting interviews for the coveted seat until Friday, 4 February 2022, after which President Cyril Ramaphosa will announce his pick.

Constitutional Court Judge Mbuyiseli Madlanga, Gauteng High Court Judge President Dunstan Mlambo and Supreme Court of Appeal President Mandisa Maya are also in the running for the top job. Madlanga had his interview on Tuesday, while Maya gets her shot on Wednesday.

Mlambo will then be next to be interviewed on Thursday, with Zondo wrapping up proceedings on Friday.

ALSO READ: JSC interviews: Who will be the next Chief Justice?

When the interviews kicked off, Floyd Shivambu took to Twitter to question why Zondo would be the last to be grilled, claiming this would give him an unfair advantage over the other three candidates.

“Why is Zondo interviews on the last day? What criteria was used to schedule the dates? Bring interviewed last gives him unfair advantage because he’ll copy and revise other interviewees’ presentations and responses. The JSC must not recommend him,” he tweeted.

But some South Africans were quick to clarify to him that the interviews are conducted in alphabetical order and there is no attempt whatsoever to favour Zondo over others.

“You missed the alphabetical order honourable member? Or would you have preferred it backwards from Z to M.A.D,” replied political commentator Ongama Mtimka.

Others were not as polite in their response to his tweet, with one social media user writing: “Voetsek jou domkop! Who told u the last person is the one who gets selected?”