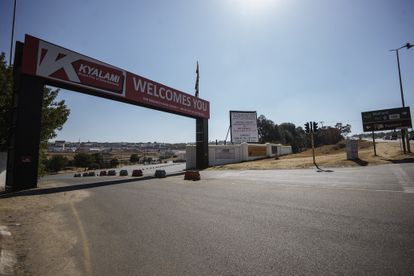 Yes please! Stefano Domenicali has got a few engines revving in Mzansi this week, after he told Sky Sports that South Africa is being lined-up as a potential new venue on an extended F1 calendar.

The F1 chief, speaking candidly on Wednesday, spoke about how the sport could expand itself even further, after a madcap few years. Interest in Formula 1 racing has skyrocketed recently, and the increased demand amongst audiences could force organisers to put more dates in the diary ffor upcoming seasons.

Domenicali says that a 30-race calendar could be considered for 2023, and those at the very top of the chain are looking to bring races to exciting new places. A street venue in Las Vegas has been punted, as have more events in China. However, the Kyalami circuit in Johannesburg is firmly in contention.

F1 boss Stefano Domenicali has confirmed to Sky Sports F1 that Africa could soon hold races in the future as the sport looks to expand
South Africa's Kyalami circuit-which Hamilton recently insisted should be back in F1-last hosted a race in 1993 has been mooted best option#F1 pic.twitter.com/aOzAYnyLBl

It has been almost 30 years since an F1 race was held at Kyalami, pre-dating our democratic era. Race fans in South Africa are itching for the chance to watch the world’s best drivers right on their doorstep. And, if Domenicali keeps making these noises, that will happen sooner rather than later.

“On top of America, on top of China, I think there is a potential also to be in Africa soon. There is a lot of interest there. For sure that’s another area that so far is missing in the geography of our calendar.”

“I would say there is potential to go to 30 races per season! In terms of the interest we see all around the world. It is up to us to try to find the right balance considering what are the venues which would like to be in F1, what are the historical values we need to see on the calendar.”