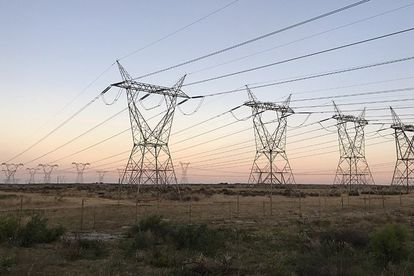 Abram Masango was suspended with immediate effect on Friday 16 November, pending the outcome of an investigation into the “various allegations of impropriety against him,” Eskom spokesperson Khulu Phasiwe said in a press briefing.

Phasiwe explained: “Whilst we recognise his rights to be presumed innocent, however, given the serious nature of the allegations him […] and the seniority of his position in Eskom, the Eskom management took a decision to a place him on suspension.”

NOTICE: Eskom's head of Group Capital, Mr Abram Masango, has been suspended with immediate effect pending an investigation into various allegations of impropriety against him relating to the Kusile build project. pic.twitter.com/HlIdEK7qzF

Former Eskom interim GCEO, Matshela Koko, said on social media earlier today it is his “take that Abram Masango will resign in the next couple of days or so. He was protected for a long time, but the long arm of the law is catching up with him.”

Just minutes ago, Masango tendered his resignation, according to a media statement released by his lawyers. The Citizen reported that his reasons for resigning was listed as the “continuous harassment, threats and victimisation” that he had to endure.

My take is that #AbramMasango will resign in the next couple of days or so. He was protected for a long time but the long arm of the law is catching up with him.

When I took steps to suspend #AbramMasango for his alleged corrupt activities at Kusile, he conspired with the board by writing what now is called a whistle blowers report the intentions of which was to get me eliminated. #ChrisYelland enjoyed this one @SikonathiM pic.twitter.com/eov56oNXyf

Masango served as a senior executive for twenty years.