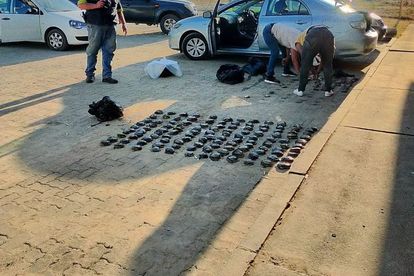 A man was recently arrested for the possession of 387 abalones on the R72 road between East London and Port Alfred.

THE MAN WAS ARRESTED ON MONDAY

“Police conducted a Vehicle Control Point (VCP) on the R72 near Bell village when they arrested the man who was driving a blue Toyota corolla.”

Mawis said the man was from East London on his way to Port Alfred direction when he was stopped.

“Police asked to search the boot, and he fled, crossing the road to the bushes. Police chased him and brought him back to his vehicle, where they found two black plastic bags with three hundred and eighty-seven (387) abalones.

“The man was immediately arrested.”

Mawis said an undisclosed amount of cash found in possession of the man and was also was confiscated.

“The man is due to appear at Peddie Magistrate Court soon.”

Meanwhile, last month, the Hawks arrested a man for abalone worth over R1.7 million in Cape Town.

ABALONE WAS FOUND AT AN ILLICIT FACILITY IN EDGEMEAD

The Hawks Serious Organised Crime Investigation team in Cape Town and Crime Intelligence (CI), K9 unit, and officials from the Department of Environmental Forestry and Fisheries (DEFF) made the arrest.

He furthermore said the multi-disciplinary team seized approximately 4 817 units (245.95 Kg) of dried abalone with a street value of over R 1.7 million along with the abalone processing equipment.

ALSO READ: Hawks swoop down on illicit abalone facility worth over R1.7 million