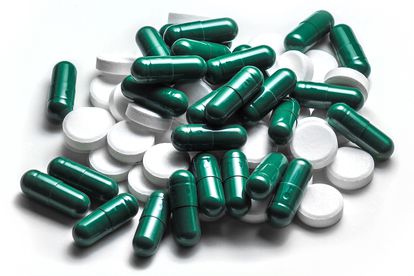 Over 900 pills of the drug known as Whoonga looked set to make their way into the Durban Correctional Centre this weekend. Luckily, the Department of Correctional Services was able to intervene and detain two individuals before the drugs made it inside.

In a statement released on Sunday, the DCS revealed that one of the detainees is a correctional services official who had attempted to make a run for it. The other is a private citizen.

“When a motor vehicle with two occupants was stopped by the patrolling officials at about 01h18 on 15 January 2022 at the Durban Correctional Centre Premises, one person opted to flee evading the officials who were closing in. The driver of the vehicle (private citizen) was eventually apprehended, he disclosed the identity of his associate as a Department of Correctional Services official.”

Once guards searched the vehicle, they discovered a HUGE amount of drugs. As well as other things that are simply not supposed to be allowed in a prison.

Drugs in the drain?

The prison official involved in the smuggling was eventually discovered this morning. Guards heard screams for help coming from a stormwater drain on the premises.

Once searching the DCS official, they were found to have even more drugs on them. Almost 700 whoonga tablets as well as Mandrax tablets. 34 sim cards were also recovered.

Videos and photos of prisoners using cellphones and drinking alcohol behind bars have long caused a stir amongst South Africans on social media.

The department says it is committed to making sure all correctional services end up “contraband free”. We can only imagine what hell would have broken loose if the 900 whoonga tablets made it into the Durban Correctional Centre.