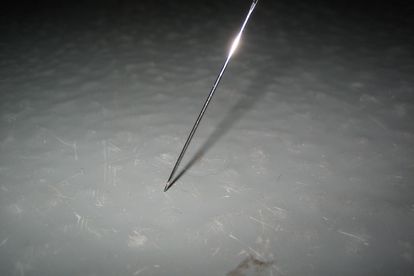 Doctors in China got the shock of their lives when they discovered an acupuncture needle during an X-ray of a boy’s penis. According to The Mirror, the boy had been struggling to urinate, which is why the doctors were examining him in Jiangxi Province.

When conducting the scan, they found an 8cm needle had been inserted in his penis and pushed up his bladder tube.

When the doctors questioned the boy, he admitted to having inserted the needle into his penis because ‘he was bored’ and wanted to discover if it was possible. The boy had inserted the object into his urethra.

After a couple of hours, the 11-year-old realised he couldn’t go to the bathroom. His penis was soon painful and asked for help, but didn’t admit he had inserted the needle himself. He was later allowed to go home after the procedure to remove it.

Last year, a teenage boy in the United Kingdom (UK) had to undergo surgery after inserting a USB cable into his penis for a wild “sexual experimentation.”

According to a study published in the medical journal Urology Case Reports, the 15-year-old decided to stick a knotted USB cable into his urethra “in the context of autoerotism.” The cable became lodged in his scrotum and despite efforts to remove it himself, he ended up with the two ports at each end hanging out the end of his penis.