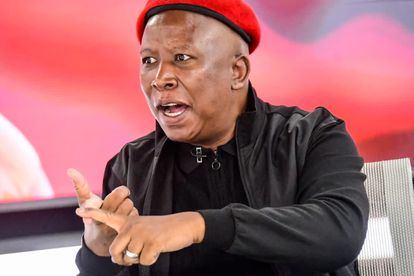 Julius Malema EFF leader is back in court for discharging a rifle in a public area. Photo: Twitter / EFF

Julius Malema EFF leader is back in court for discharging a rifle in a public area. Photo: Twitter / EFF

In the so-called Rainbow Nation, issues of race and ethnicity remain stubbornly prevalent. They continue to dominate our political discourse, and perhaps no-one is better at stirring this pot than Julius Malema. His comments about white people, for example, have proved to be controversial.

Do white people in South Africa vote for the EFF?

Just last month, the EFF leader suggested that party members ‘should not be afraid to kill‘ if the far-left group found themselves leading a revolution within South Africa. In the past, he has refused to rule out that there could be a genocide of white South Africans in the future.

Julius Malema doesn’t go out of his way to appeal to white people. The CIC has his reasons. But that doesn’t mean the EFF is off-limits for this particular demographic. A number of Caucasian EFF supporters have made themselves known to the public in recent years.

Alas, Juju isn’t all that fussed about appeasing 8% of the electorate. He doesn’t believe that his verbose rhetoric is scaring them away, however. Instead, Mr. Malema thinks that ‘neither whites nor Indians’ have a history of oppression. Therefore, their values don’t align with the EFF.

Taking a swipe at white privilege, the political firebrand denied that the EFF ‘neglect’ certain groups. In fact, Malema has hailed the party’s growth within the DA-strongold of the Western Cape. Perhaps this ‘huge improvement’ could lay the foundations for more white members?

“We have not neglected Indians and Whites, they come from a position of privilege. We represent the oppressed. So they do not join the EFF because they do not have a history of being oppressed. The EFF is a radical movement, after all.”

“We have new leadership in the Western Cape. The EFF hope to see some growth there. We struggled in the coastal provinces, but there has been a huge improvement. We are also inspired by the new Chairperson of the Eastern Cape, he has got vision and conviction.” | Julius Malema