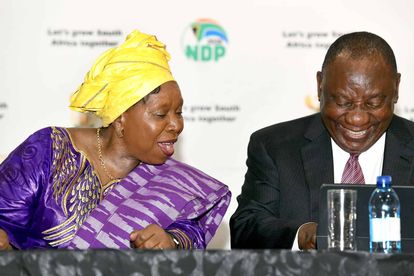 Dlamini-Zuma, also the minister of Cooperative Governance and Traditional Affairs, had previously faced off with Ramaphosa during the ANC elective conference at Nasrec, back in 2017, but ended up narrowly losing to him.

Meanwhile, ANC President Cyril Ramaphosa had earlier assurred party members that its upcoming elective conference will be a democratic one.

Ramaphosa made the remarks in Delmas, Mpumalanga, as part of the ANC’s Letsema campaign on Saturday, 3 September 2022. Nominations for the ANC elective conference were set to be formally submitted sometime this coming week.

Ramaphosa has further encouraged those keen to serve in leadership positions in the ANC to launch their campaigns.

“The 4000 or so branches of the ANC will get involved in nominations of those they would like to see in the leadership of the ANC at the National Conference, the 55th Conference of the ANC. We don’t anticipate and there won’t be any firm of disruption, violence, it’s going to be very orderly processes in line with the democratic culture of the African National Congress,” he said.