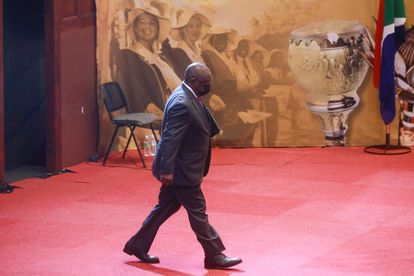 Here we go: Matters regarding the infamous ‘Ramaphosa farm robbery’ are developing at a ferocious pace. The regulatory body for the South African Police Service (IPID) confirmed that it would investigate some of its top cops, for allegedly helping to ‘cover-up’ details of this incident.

Run it back: What is the Ramaphosa farm robbery scandal?

For those who may have been living on Mars throughout June, President Ramaphosa was plunged into a fresh crisis at the beginning of last month, when staunch Zuma-ally and former Correctional Services Director Arthur Fraser filed criminal charges against the ANC leader.

It was claimed that $4 million in cash was stashed away at Cyril’s Phala Phala farm in Limpopo. The president has accepted that the money was on his property, but when thieves stole the dosh during a daring heist in 2020, Ramaphosa never reported the crime to SAPS.

That has raised both confusion AND suspicion. It’s not yet clear if Mr. Ramaphosa declared the major denomination to the taxman, and the scandal has engulfed the presidency in recent weeks. However, the aftermath of this farm robbery – and a failure to report it – is just as bizarre.

Cover-up claims: How a row with Namibia raised further questions

One of the suspects, David Imanuwela, absconded to Namibia. It’s understood he blew through his share of the cash, buying luxury watches, guesthouses, and fancy vehicles. He was eventually picked up by cops in Windhoek, and detained by the state for several months.

There was a meeting between SA and Namibian law enforcement agencies shortly after the arrest, near the border of both countries. Both sides exchanged information, but for one reason or another, SAPS never supplied Nampol with the crucial details they were seeking.

In fact, Namibian officials also claim they were blanked by the ANC Justice Ministry. It’s alleged that a lack of co-operation from our government led to the case against Imanuwela collapsing, and he was ultimately released from police custody.

The Independent Police Investigative Directorate (IPID) will probe the police's part in the alleged cover-up and off-the-books investigation of the theft at President Cyril Ramaphosa's Phala pic.twitter.com/sIQJCmEoLn

If you think that all sounds highly suspect… then you’re in the same boat as IPID. They confirmed on Friday that they would launch an investigation into the conduct of certain police officers linked to the case – granting a request filed by the ATM 10 days ago.

The political party isn’t afraid to give Cyril Ramaphosa a hard time, and they recently pushed for a vote of no confidence against the head of state. He may have dodged that particular bullet, but the farm robbery fiasco can’t just be stuffed under the mattress and hidden away…

ATM writes to IPID to suspend all the Police Officers associated with allegations of cover up of the PhalaphalaFarm criminality.#PhalaphalaFarm#arthurfraser pic.twitter.com/kjXyIUQ8pV

‘I cant help you’: Zinhle labelled ‘arrogant’ over customer response