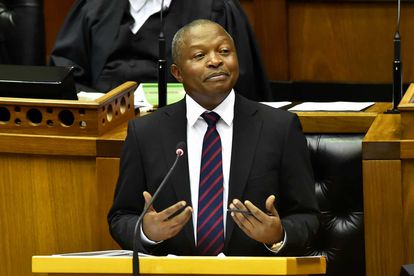 It is only a matter of time before the ANC contestation battle intensifies, as there are now just six months left before the party hosts its elective conference. Current ANC President Cyril Ramaphosa is set to vy for a second term in office and has received the backing of the party’s Eastern Cape and Limpopo chairpersons, Oscar Mabuyane and Stan Mathabatha respectively. One coveted seat is that of the party’s deputy president.

While current deputy president David Mabuza has indicated he will seek a second term at Luthuli House and Union Buildings, there has been speculation he might leave politics in 2024. Mabuza served as Mpumalanga’s Premier between 2008 and 2017, before surprising many and becoming Ramaphosa’s deputy at the elective conference in Nasrec.

Meanwhile, should Mabuza decide to fight for his post, he has competition in the form of former Energy Minister Jeff Radebe.

Radebe is also the ANC’s former Policy Head. He was the country’s longest continuously serving cabinet member post-1994, having been part of every national administration from 1994 until the 2019 election.

Radebe is related Ramaphosa. He is married to Bridgette Radebe, who is the sister of Tshepo Ramaphosa, the First Lady. Both sisters are siblings of mining tycoon Patrice Motsepe. What appears to be ANC posters for Radebe’s bid to be deputy president have been doing the rounds on social media.

It was just days ago that Radebe launched the ANC’s policy documents and noted that corruption had plagued the ruling party.

“We must deal decisively against those who are corrupt, those who break the law, those who make life dangerous for women and children and those who damage the country’s growth potential and infrastructure, which is tantamount to economic sabotage. Corruption is a cancer that confronts us in the ANC and in our society. This must be removed root and branch,” he said.