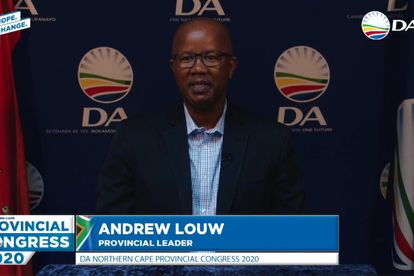 The Democratic Alliance (DA) has revealed that Andrew Louw, who was the party’s leader in the Northern Cape, was actually suspended last week before he quit and joined ActionSA.

Louw jumped ship without even handing in his resignation, reportedly during an interview with TimesLive.

The DA says Andrew Louw was accused of gross misconduct and subsequently placed on suspension.

“Andrew Louw was suspended from the DA last week on fairly serious charges of dishonesty and misconduct and this was pending the outcome of a disciplinary hearing. The next day Mr. Louw announced to a journalist that he would cross the floor to ActionSA. One can make a number of assumptions about why he chose to leave instead of making his case, before a disciplinary hearing none of them favourable to Mr. Louw,” said party spokesperson Cilliers Brink.

Louw is the latest non-white member to leave the DA after Makashule Gana announced his exit just weeks ago.

“I am resigning to join an emerging generation of leaders and activists committed to mobilising and organising to return power to the people of SA,” he said.

Earlier this year, Mbali Ntuli also quit the DA, citing challenges that she faced within the party.

“I have been forthright about instances where the DA had erred in its treatment of its members and the negative culture that is fostered within the organisation – my opposition of which formed part of my year-long campaign for DA leader in 2020,” Ntuli has said.