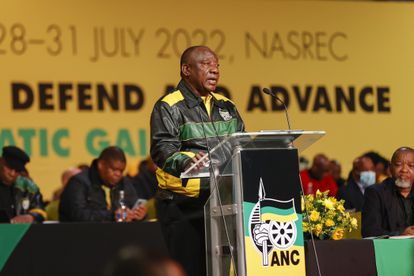 This is better than being told to ‘resign’, we guess. It’s certainly a bit more creative. Leon Schreiber, who serves as the Shadow Minister for Public Service, has made a rather bold statement on Tuesday. He wants Cyril Ramaphosa to ‘completely de-register’ the ANC.

Can the ANC be de-registered?

There’s a fair bit of righteous anger on the DA benches, in regards to Ramaphosa’s plans to stop corruption. Not only has the president announced plans for an ‘advisory council’ to tackle suspicious activity, but the ANC leader also played down the significance of the Zondo Commission.

When Cyril stated the State Capture Inquiry ‘was not binding’, it irked many of his critics. The four-year exercise cost the state over R1 billion. The nonchalant dismissal of its importance, therefore, has not sat well with the detractors.

Schreiber, a key DA representative, isn’t happy with the wasteful nature of the president’s claims. He has instead offered to give Ramaphosa some legal advice for free – imploring the head of state to go and DE-REGISTER the ANC as a political party.

DA ask Cyril Ramaphosa to ‘throw in the towel’ on corruption

We seriously doubt Cyril will follow this advice, but the Shadow Minister is steadfast in his views. Schreiber believes that the ANC ‘is the biggest crime syndicate in South Africa’ – and its failure to counter corruption has been described as ‘toothless’…

“President Cyril Ramaphosa does not need to appoint an anti-corruption ‘advisory council’ that will again inevitably cost the taxpayers millions. That’s because the DA will give him advice for free.”

“To root out corruption, the President merely needs to fire his corrupt poverty cabinet. Even better, he should go to the nearest IEC office and deregister the ANC as a political party – thereby deactivating the biggest crime syndicate in the country.”

“Ramaphosa says that the Zondo Commission was “not binding” – implying it was essentially a committee, costing South African taxpayers R1 billion. This President, who hides millions of dollars in his furniture, is in no way serious about rooting out corruption.” | Leon Schreiber