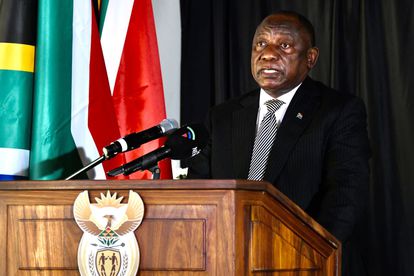 President Cyril Ramaphosa’s eulogy of the late apartheid-era president FW De Klerk was undoubtedly a mix bag bag of sentiments – which for many, came as no surprise, given the controversial figure that he was.

Ramaphosa delivered the eulogy at De Klerk’s state memorial, which was held at Groote Kerk on Sunday morning, 12 December, a month after he succumbed to Mesothelioma, a form of cancer which affects the lining of the lungs.

The president stressed de Klerk’s role in the country achieving democracy, making reference to his speech in February 1990, where he announced the unbanning of political parties and the release of former president Nelson Mandela and other political prisoners.

“In taking this bold step, de Klerk heeded the call by Nelson Mandela who, while still incarcerated, told the apartheid rulers that the only way to resolve what he called the perpetual crisis in the country was through negotiations between the ANC and the National Party government,” Ramaphosa said.

Ramaphosa seemingly praised the former president for eventually going against many in his party as well as white South Africans who had been taught to fear majority rule and to regard black aspirations as a threat to their way of life, their culture and their very existence.

RAMAPHOSA: APARTHEID ATROCITIES MUST NOT BE FORGOTTEN

Striking a different tone, President Cyril Ramaphosa also acknowledged the controversy surrounding FW de Klerk and what many of his detractors consider his dangeous and negative role he played in apartheid South Africa. Ramaphosa told mourners that they must never forget the atrocities of apartheid, which many still blame him for failing to address – particularly all the innocent blood that was shed.

He added that they were yet to reach their goal of a united and non-racial South Africa.