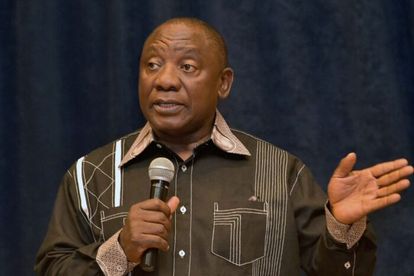 President Cyril Ramaphosa has said he ‘will not be bullied’ by his detractors when it comes to the Farmgate scandal. The ANC leader was found to have ‘stashed’ $4 million in cash at his farmhouse in Limpopo – and he also failed to report the theft of this money in 2020.

How far is too far? Cyril hits out at ‘bullying’ attempts

Ramaphosa says he has a date with the ANC Integrity Commission coming up – but choosing an appropriate time is proving difficult. Cyril did, however, reiterate his commitment to ‘being held accountable’.

In a defiant and bullish mood, the polarising politician said he would not be deterred from his work in office, and vowed to rebuild the economy ‘come what may’. However, Ramaphosa seems to think that some of the criticism levelled against him constitutes bullying.

“I will cooperate fully with any investigation and I’m prepared to be held accountable. We are finalising a date for the ANC Integrity Commission. But I will not allow these allegations to deter me from what needs to be done, and rebuild our economy.”

Bullied or not, sympathy for Ramaphosa remains in short supply

Some supporters praised Ramaphosa for standing up for himself. Alas, many of his opponents remain unimpressed. Two senior figures in the DA have hit out at the president, who they think is trying to twist the context.