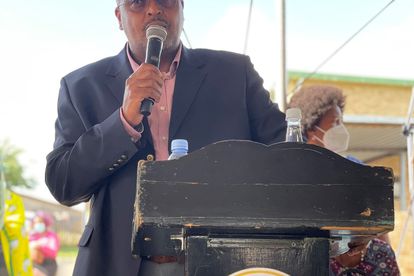 The former mayor of the City of Johannesburg was seriously injured in a car accident, said the regional ANC in a statement on Tuesday, 10 May.

The details remain scant, however, the ANC Greater Johannesburg Region said Moerane “is in a critical but stable condition” and that he is receiving medical attention in a hospital in the wake of the car accident.

“To this end, the ANC wishes Cde Mpho a speedy recovery and requests that we give the family and the ANC space to provide support to Cde Mpho to ensure his full recovery,” said regional coordinator Dada Morero.

Moerane is currently the leader of the ANC caucus in the city and heads the regional task team fundraiser.

He briefly served as the mayor of Johannesburg having been elected in October 2021. However, it wasn’t long until the party ceded control of the metro in the 2021 Local Government Elections.

Moerane came into the mayor’s seat after the death of his predecessors. Geoff Makhubo died of COVID-19 complications and Jollidee Matongo died in a car accident.