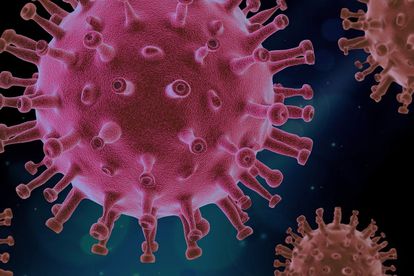 It’s understood that the rate of new cases and test positivity have both started to decrease –
Photo: File

It’s understood that the rate of new cases and test positivity have both started to decrease –
Photo: File

The dreaded fifth wave of Covid-19 is upon South Africa with some experts saying we have been in it for at least a week. The issue comes in where the health department has not declared it in the interest of public awareness.

OMICRON DOES IT AGAIN

The Omicron sublineages BA.4 and BA.5 are the alleged culprits.

Professors Salim Abdool Karim and Shabir Madhi told The South African this morning that the fifth wave is in full force.

Abdool Karim says while the data show it, he has not authority to declare the fifth wave. That responsibility lies with Health Minister Joe Phaahla.

“I look forward to learning what his decision will be. I am simply conveying my interpretation of the current data. The cases have now risen to 10 cases per 100,000 population per day. Ie. around 6 000 cases per day on a 7-day moving average,” he says.

He said cases and test positivity are high and are going up in almost all provinces.

“I hoped the increases in cases we saw two weeks ago would just be a short-lived uptick. I was wrong that a new Covid-19 variant was essential for the fifth wave. This means new waves are not only caused by a new variant, new waves can now also be caused by a sub-variant of an existing virus,” he said.

Meanwhile, Madhi says the fifth wave has been in full force since last week.

“The health department just hasn’t announced it yet, this means their metrics are outdated and they just have not realised it which is dangerous. The government’s response is stagnant or they are oblivious,” says Madhi.

HOW DOES THE FIFTH WAVE COMPARE TO THE OTHERS?

Madhi predicts the fifth wave will be shorter and less severe than prior waves.

“Prior infections and vaccinations provide hybrid immunity. This does not mean we cannot be infected, it means we have higher protection from severe disease which causes hospitalisation and death,” he said.

Lessells, one of the experts who identified the Beta variant, says the body churns out antibodies when someone is infected.

“When the infection is cleared then the body stops producing antibodies, this leaves us open to infection. However, the immune system remembers so when we are infected again it fires off and kills infected cells that cause severe disease,” says Lessells.

Professor Tulio de Oliveira summarised that the BA.4 and BA.5 Covid-19 sublineages of omicron were responsible for 100% of infections in South Africa.

“They are fueling the fifth wave. Test positivity ratio and infections is on a very upward trajectory in South Africa. The positivity ratio is as high as at the peak of the other waves. However, hospitalization and deaths are low. We believe that the high population immunity of South Africa helped to decrease the effect of the current fifth Covid-19 wave. However, hospitalization is still in the starting days,” he says.