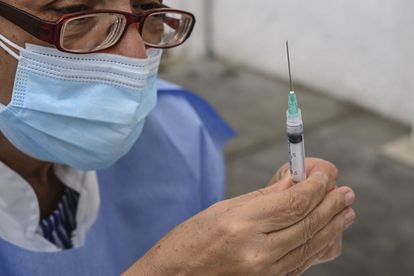 A vaccine from China called CoronaVac has been approved to use in South Africa.

President Cyril Ramaphosa said in his speech on Sunday they are working on expanding the range of vaccines being used in the country.

“We welcome the decision by SAHPRA to approve the CoronaVac vaccine from China for use in South Africa.

“The Vaccine Advisory Committee is working on how soon we can bring CoronaVac into the vaccination programme.”

He furthermore said that as part of the effort to strengthen health security on the continent, there is a commitment by Johnson & Johnson to adapt the current arrangement.

“There is a commitment by Johnson & Johnson to adapt the current arrangement so that we can produce the vaccine in South Africa under license rather than under contract, resulting in our country and the continent having control over the vaccines.

“We are negotiating that in time the drug substance itself would be produced here in South Africa, so that we have a fully-owned African vaccine manufactured on African soil in a number of countries on our continent.”

Ramaphosa said one of the significant challenges in expanding the vaccination programme is the availability of vaccine doses.

“In the last few days, the African Union, through our office as the AU COVID-19 Champion, and the European Union have reached a historic agreement that will significantly improve the supply of vaccines to our country and our sister countries on the African continent.

“Through this agreement, Aspen will be delivering over 17 million Johnson & Johnson vaccine doses to South Africa and other African countries over the next three months, commencing in late July.”

He added that the announcement by President Joe Biden that the United States is donating 15-20 million doses of the Pfizer vaccine to African countries through the COVAX facility is welcomed.

“These developments, together with our current agreements with manufacturers, means that South Africa should have a pipeline of vaccine supplies sufficient to meet our vaccination target.”