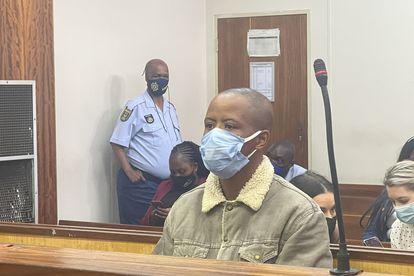 The National Prosecuting Authority (NPA) is gunning for the 36-year-old suspect implicated in the attack on the Constitutional Court – the man might find himself back in the slammer!

Paul Makaula from Soweto appeared in the Hillbrow Magistrates court on Friday morning, 7 January 2022, for allegedly smashing the windows of the Constitutional Court with a hammer on Wednesday – costing the state more than R50 000 worth of damage.

NPA spokesperson Phindi Mjonondwane says they view the attack on the highest court in the land, as a direct attack on the rule of law.

“The investigation process is at an early stage and more charges are likely to be added in terms of the National Key Points Act. Investigations conducted by Lieutenant Colonel Ingrid Simons revealed that Makaula is a parolee, serving the remainder of the 15 years sentence imposed in 2010 for murder and this information will be forwarded to the Department of Correctional Services for further processing,” Mjonondwane says.

With the suspected Constitutional Court attacker now being a parolee, he might end up staying in prison, if the NPA has anything to do with it. Makaula will be staying in custody at least until 25 March, as he abandoned his bid for bail.

Mjonondwane says they will now be reaching out to the Department of Correctional Services (DCS) to determine if Makaula in fact violated any of the conditions of his parole.

“So what we have now done as the NPA is to request the investigating officer to liaise with the Department of Correctional Services (DCS) in terms of establishing whether or not the accused person before court contravened his parole conditions. If so, then he should be taken back to custody to serve the remainder of his sentence”

As to whether the attack was in any way linked to the fire at Parliament, Mjonondwane says they are still investigating and can’t conclusively determine that yet.