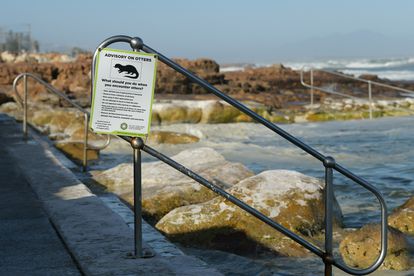 The incident in question took place at a tidal pool over the weekend – Photo: City of Cape Town

The incident in question took place at a tidal pool over the weekend – Photo: City of Cape Town

The City of Cape Town was unable to hide its disappointment this week, after they were made aware of some contentious social media posts. Photos uploaded online on Sunday depict members of the public ‘holding and cuddling’ otters at the Dalebrook tidal pool.

The City’s Deputy Mayor and Mayoral Committee Member for Spatial Planning and Environment, Alderman Eddie Andrews, isn’t happy with the situation at all. He was keen to stress that otters are not meant to be interacted with. Andrews also fears that there could be ‘dire consequences’.

Though otters look cute and cuddly, they are ultimately very unpredictable. They have a very powerful bite, and cause serious injury to humans. Mr. Andrews has described the habituation of these creatures as ‘disturbing’. Now, he wants visitors to the region to keep their distance.

“We were disturbed to see these posts, showing multiple bathers holding and cuddling a Cape Clawless Otter at the Dalebrook tidal pool. The posts surfaced on social media platforms on Sunday, 30 October 2022. Acts like these can have dire consequences.”

“I want to remind all visitors to our coastline and coastal amenities that the habitation of wildlife is illegal, and that this always leads to a tragic outcome where somebody gets hurt and the animal often euthanised. This is a situation we want to avoid at all costs.” | Eddie Andrews

Coastal wildlife ‘can cause real harm’

The City of Cape Town backed up the Deputy Mayor, issuing their own statement on the matter. They have reminded both locals AND tourists that current by-laws PROHIBIT human interaction with marine and coastal wildlife. Signs stressing this point were installed on Monday.

“Cape Clawless Otters may look cute, but they are predators and are unpredictable, like all wild animals. Habituating these animals will lead to injury. Bites from otters and other wild coastal animals such as seals, can cause severe sepsis.”

“All are reminded that the City’s Coastal By-law requires that the public keep a safe and respectful distance from marine and coastal wildlife at all times, and to remove their pets from areas where they encounter any wildlife.” | City of Cape Town