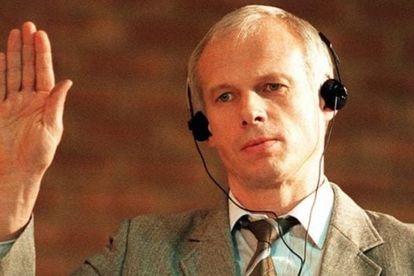 Justice Minister Michael Masutha announced his decision to deny the application for parole for Janusz Walus on Friday.

Walus is currently serving a life sentence for the murder of SACP leader Chris Hani in 1993. He alongside former MP of the Conservative Party Clive Derby-Lewis, who’s instruction he was acting under, were sentenced to death but their sentences where changed to life imprisonment, following the abolishment of the death penalty.

Walus applied for parole in 2013 but his application was turned down, before that decision was overturned following a review in the North Gauteng High Court. Masutha responded by approaching the Supreme Court of Appeal (SCA) for leave to appeal against the ruling.

The minister’s appeal was upheld and the ball was placed back in his court in August, with the SCA instructing he makes a final decision within 90 days.

During the announcement, Masutha stated that the decision had already been communicated to Walus prior to it being made public.

In his report, Masutha indicated that Walus remains unchanged and still shows no remorse for his actions.

“He still shows no remorse about killing Chris Hani… he maintains it was politically motivated. He shows remorse for Hani’s family by leaving them fatherless,” Masutha said.

Derby-Lewis was released on medical parole in 2016 and died in November that year at the age of 80.