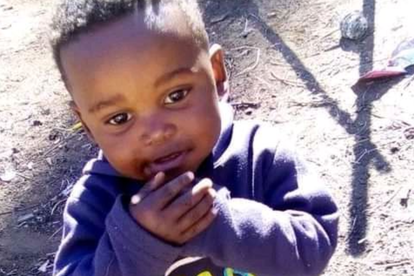 Another major kidnapping case is unfolding in South Africa this week, following the disappearance of a three-year-old child in the Mangaung Metro. A distraught mother has reported her case to the police, after the boy was snatched on Monday.

Mangaung child kidnapping: What has happened?

The case comes just days after four brothers in the same family were kidnapped in Polokwane. The Moti family have now gone almost a week without seeing their sons. However, as far as this latest case is concerned, several key details have been confirmed to us by the authorities, as SAPS launch a manhunt to find the toddler.

A statement released by the police on Tuesday afternoon details the tragic circumstances that led to the three-year-old boy going missing last night. A dispute with the mother’s boyfriend allegedly set the wheels in motion:

“A police search team is on the lookout for five African males driving a red bakkie without a canopy in the Mangaung area. According to the 23-year-old complainant, the group of men, armed with firearms, arrived at a smallholding in Abrahamskraal in Bainsvlei looking for her boyfriend during the evening of Monday, 25 October 2021.”

Another child kidnapping in SA…

However, when the startled mom agreed to their request, she was taken to a diesel depot alongside the R64. The woman was made to leave the vehicle, only to be left behind when the group drove away with her child still strapped to the backseat. A widescale search operation is now underway in Mangaung.

“She agreed to take them to Baylana near R64 Road (Boshof Road) where she last saw the boyfriend. The complainant took her three-year-old boy with and she sat with the child at the front seat as four other suspects sat at the back of the bakkie. The group arrived at their destination which was the diesel depot in R64 Road, Bainsvlei.”

“The complainant and the suspects got out of the vehicle leaving the child behind in the bakkie. When they approached the depot the suspects noticed the presence of security guards manning their post. They started shooting in the air while making their way back to the vehicle. The suspects jumped into the bakkie and fled with the three-year-old.”