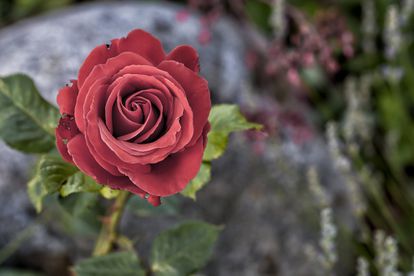 Talk about a Mother’s Day to remember! A Catholic school has apologised to parents after selling red underwear that was disguised to look like red roses, to pupils this past Mother’s Day.

According to reports, St. Anselm School in Philadelphia held a special sale, in honour of the day last week and learners could purchase roses for the special women in their lives, but that clearly didn’t go too well as some parents soon discovered their faux roses contained a hidden undergarment folded up in the petals.

In reaction to the incident, the school said the inappropriate Mother’s Day gift was as a result of a mix-up and issued an apology.

“Saint Anselm Parish School took immediate steps to remediate this issue when it became known inclusive of broad communication with school families. The situation represents an unfortunate mistake and we apologize deeply,” said Ken Gavin, the chief communication officer for the archdiocese.

Gavin added that only a limited number of roses were sold before they stopped the sale. He said the matter was still being investigated.

“We sincerely regret any embarrassment and discomfort that was caused and wish all mothers in the community a Happy and Blessed Mother’s Day with hearts full of gratitude,” he said.