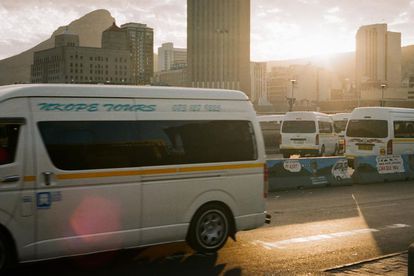 Chaos has erupted in Cape Town on Wednesday as four people have been shot and killed and several others injured in a series of taxi-related shootings.

Van Wyk said a 41-year-old taxi driver was behind the steering wheel of his vehicle on corners of De la Rey Road and Uitsig Avenue in Ravensmead when occupants from another taxi fired several gunshots at the taxi.

“The victim was transported to a nearby hospital for medical treatment. Ravensmead police are investigating a case of attempted murder.”

Meanwhile, at about 06:30, a taxi with occupants was standing at the intersection of New Eisleben and Sheffield Roads in Philippi East when a taxi with unknown occupants stopped next to them.

“The occupants fired numerous gunshots at the stationary vehicle. Two men aged 33 and 24 were declared deceased on the scene whilst two men both aged 35 were transported to a nearby hospital for medical treatment.”

Van Wyk said in a taxi was stationary in Potsdam Road, Du Noon at about 07:00.

“The victim was seated inside the vehicle when unknown suspects fired random shots at the vehicle. A 35-year-old male was fatally wounded and declared deceased on the scene by the medical personnel. Table View Police are investigating a case of murder.”

At about 08:15, commuters were standing on Duinefontein Road in Samora Machel. Unknown occupants in a vehicle fired numerous gunshots at the commuters and fled the scene in an undisclosed direction.

Van Wyk said a 40-year-old man was declared deceased on the scene by the medical personnel whilst two men aged 45 and 39 years old respectively sustained gunshot wounds and were transported to a nearby hospital for medical treatment. Samora Machel police are investigating a case of murder and two cases of attempted murder.

Van Wyk said arrests are yet to be made.

He urged any person with information regarding these incidents to contact Crime Stop on 08600 10111.

Meanwhile, City of Cape Town mayoral committee member for safety and security JP Smith said the City is aware of numerous incidents of violence in several areas around the metropole.

“It appears to be linked to the conflict in the minibus taxi industry. While we are unclear as to the source of the conflict, the City pledges its full support to the operational plan led by the South African Police Service to address the issue, and bring those responsible to book.

Smith said the City will also support the Provincial Transport Department where possible to address the root cause of the conflict.

“In the interim, we call on those involved to cease and desist, in the interest of the thousands of commuters who rely on the minibus taxi industry to get around.”