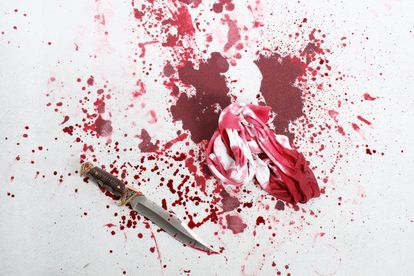 If you’re a sensitive reader, then you might want to give this grim story a miss: A 39-year-old man has reportedly admitted to brutally murdering an elderly man before mutilating him and subsequently eating some of his body parts.

Police in Idaho, the United States (US) say they have been investigating James David Russell since September already after they found 70-year-old David Flaget’s mutilated body in a rural area near Clark Fork. According to an amended criminal complaint filed by Bonner County Prosecutor Louis Marshall on Wednesday, 22 December, Russell has now been charged with felony first-degree murder and felony cannibalism.

According to East Idaho News, witnesses saw Flaget’s body inside a truck and immediately suspected Russell. They then called police to the scene, who quickly realised that this was no normal murder case. When they got to the truck, they found the elderly man’s body naked from the waist down and awkwardly positioned on the passenger seat. In an affidavit, police say duct tape was wrapped around Flaget’s wrists, and a section of his thigh and genitals were cut off and missing.

East Idaho News reports that just a day after the gruesome discovery of David Flaget’s body, they obtained a search warrant for James David Russell’s home and immediately got to work. The search proved to pay off as they came across what some would say is a treasure trove of evidence. According to court documents, they found tissue consistent with Flaget’s missing flesh as well as blood and tissue in a bowl inside the microwave.

According to investigators, one of Flaget’s testicles, penis and piece of his thigh that were removed after his murder, are missing and have presumably been eaten Russell. As to why Russell carried out this unthinkable act, he reportedly told his family he wanted to “cut chunks of his skin off with a knife” to “cure his brain.”

“There’s a lot of facets we will certainly never know,’ Stella told the News Press of the crime. It wasn’t the bloodiest crime scene, but it’s more of the psychological, “what the heck is going on here?” and “why am I picking up pieces?” – It’s a walk down the dark path that we don’t see very often”