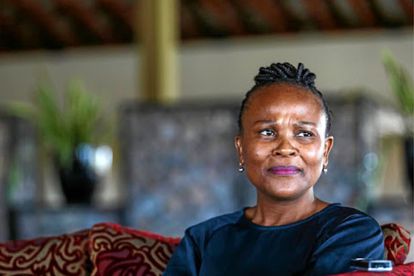 President Cyril Ramaphosa suspended Mkhwebane earlier this month, pending the finalisation of her impeachment inquiry. During the inquiry, she will be given an opportunity to defend herself and will also be entitled to legal representation.

It was the DA in Parliament that launched a motion to have Mkhwebane removed. Chief Whip Natasha Mazzone claimed she was not fit for office due to being guilty of “misconduct” and “incompetence” on several charges including the SARB and Estina Dairy Farm probes.

“Mkhwebane’s tenure as public protector dirties the once proud reputation of this vital Chapter 9 institution of holding the Executive to account without fear or favour. Under her guidance, the institution has suffered blow after blow in South African courts and leaves a clear impression of toothlessness and ineptitude,” Mazzone has said.

WITNESSES IN MKHWEBANE FITNESS PROBE TO APPEAR BEFORE COMMITTEE

The chairperson of the committee probing Busisiwe Mkhwebane’s fitness to hold office, Richard Dyantyi, told the public broadcaster they will likely work until the end of September.

“During the month of July, we are going to have a heavy load of our work. Because at the beginning of July, and specifically the 11th of July, we will be hearing for the first time a number of witnesses that will come in front of the committee to share their own evidence. Either for the reasons of exonerating the Public Protector or sharing evidence on why it is important that we make findings on the Public Protector,” he said.