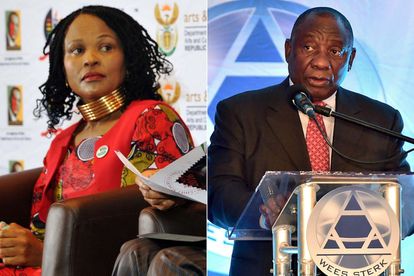 President Cyril Ramaphosa has no intention of appearing before the Section 194 Committee looking into suspended Public Protector, Advocate Busisiwe Mkhwebane’s fitness to hold office. That’s what the Presidency’s spokesperson, Vincent Magwenya is quoted as having told SABC News just recently.

Mkhwebane’s lawyers recently wrote to Ramaphosa, asking him to appear before the Parliamentary inquiry.

RAMAPHOSA COULD BE FORCED TO APPEAR

Advocate Dali Mpofu, Busisiwe Mkhwebane’s legal cousel, had previously told the committee that President Cyril Ramaphosa could be forced to appear, should he refuse – which he has.

According to Eyewitness News, Mkhwebane maintains that Ramaphosa is conflicted because he features prominently in some of her investigations, including the probe into the robbery on his Phala Phala farm and the CR17 saga. As far as farmgate is concerned, Advocate Kholeka Gcaleka, Mkhwebane’s deputy, has taken over the investigation and has given Ramaphosa seven days to respond after denying his request for another extension.

Mkhwebane’s lawyers had given Ramaphosa until Friday, 22 July 2022 to communicate whether he is accepting the request to appear before her fitness inquiry. Ramaphosa would be expected to give oral evidence on a number of issues, including the CR17 campaign funding.

Ramaphosa has been heavily criticised for failing to be transparent with South Africans and not unsealing his CR17 campaign funding documents – which would show just how much was donated and most importantly, by whom. He has told the State Capture Commission that he understood why people who forked out money for his CR17 campaign would want to remain anonymous.

Ramaphosa has further denied some claims that the donations were made in exchange for favours.