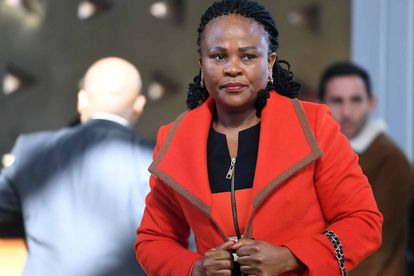 Suspended Public Protector, Advocate Busisiwe Mkhwebane’s term in office has been marred by controversy, including scathing court judgements questioning her knowledge of the law as well as allegations she is politically associated with the African National Congress (ANC).

Mkhwebane is now the subject of a Parliamentary-led probe, which is looking into her fitness to hold office. President Cyril Ramaphosa suspended Mkhwebane in June, pending the conclusion of the inquiry. She turned to the courts seeking her immediate reinstatement as soon as her suspension by Ramaphosa was declared null and void by the High Court in the Western Cape.

MKHWEBANE DENIES BEING ASSOCIATED WITH THE ANC

Busisiwe Mkhwebane has often been labelled “a hired gun” for the so-called RET faction of the ANC, which is fiercely critical of Ramaphosa and wants him removed from office.

It is no secret that Mkhwebane and Ramaphosa have been at loggerheads for quite some time. The president has featured quite prominently in some of her investigations, including his CR17 campaign.

Speaking to SABC News, Mkhwebane has denied claims she is being used to fight some political battles between ANC comrades.

“People are hungry for ethical leadership, people want people who would represent them, people who are out there wanting service delivery, wanting accountability, wanting clean governance, so as the current Public Protector, I am still serving as the Public Protector and I am not in any way vying for any political position because I’m not even a member of any political party,” Mkhwebane said.

Mkhwebane’s deputy, Advocate Kholeka Gcaleka has been acting in her post since the suspension.