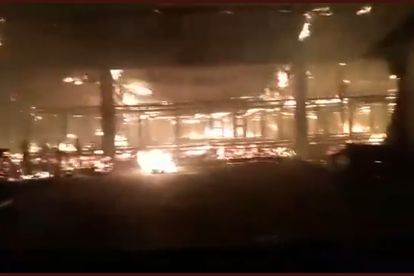 Officials in Burundi are investigating the circumstances surrounding a fire which has ripped through a prison facility and left at least 38 inmates dead. The blaze broke out at a prison in Gitega on Tuesday.

Nearly 70 other people have been injured and are recovering in hospital.

Vice President Prosper Bazombanza, who visited the scene of the tragedy with several ministers, said that at least 12 people had died of asphyxia as they tried to escape burning buildings. While at least 26 other prison inmates died of severe injuries.

While a statement by Burundi’s interior ministry said an electrical short circuit caused the fire, the matter is still being probed. This isn’t the first time the correctional facility was rocked by a blaze – back in August, a fire broke out with an electrical issue also cited as the cause.

The fire was not as extensive and no injuries were reported.

Gruesome pictures and videos have been doing the rounds on social media, showing the building engulfed in flames and some bodies piled up on the floor. Firefighters managed to bring the blaze under control, however many parts of the site were left in charred ruins behind a stone wall showing the date of construction in 1926, when Burundi was still a Belgian colony.

“We started shouting that we were going to be burned alive when we saw the flames rising very high, but the police refused to open the doors of our quarters, saying ‘these are the orders we have received’,” one inmate is quoted as having told AFP.

Newspaper front pages from around the world, Monday, 27 June 2022