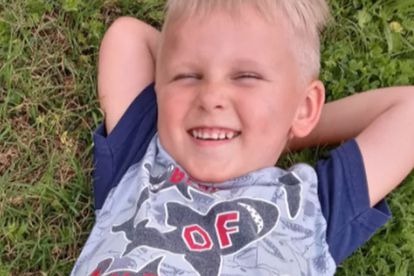 A four year-old boy and his family are in for a tough Christmas after he had his entire arm ripped off by a pit bull at his grandparent’s home while trying to pet some of its puppies. According to KFOR, Axel Foster lost his right arm after putting his hand inside a dog pen Friday, 10 December while being looked after by his father’s parents in Tecumseh, Oklahoma City, the United States (US).

Police have told the outlet that upon arriving at the scene, they found Foster waiting outside with his grandmother – and his arm was still inside the pen. Police Chief JR Kidney says when officers and animal control attempted to retrieve the arm, the dog became aggressive to them. But what’s also quite disturbing about the story? One of the responding officers, Aaron McCormick, wrote in the police report that when he went to locate Foster’s arm, he could see two pit bulls and puppies in the said dog pen… and one of the puppies trying to chew on the limb.

Police say the male pit bull was shot dead before McCormick was able to retrieve the boy’s arm and pack it in a cooler on ice. He was then taken to a hospital where he underwent two surgeries to reattach his arm.

Now police have launched an investigation to determine whether Axel Foster was being supervised at the time of the attack by the pit bull – but depending on how the matter unfolds, his grandparents could face child neglect charges. The police chief said he had witnessed some pretty brutal dog bites in his career, but never a complete amputation.

Foster’s mom Destiny McDow says the surgery to attach reattach his arm failed and had to be amputated. He is now awake and talking, but still on a lot of pain medications.

“We raced to the hospital. When we got there, the nurses confirmed his arm was dismembered from his body. I don’t know what he’s going through. I never went through it. But he’s only a child. What if he doesn’t make it through?,” McDow said on KFOR.