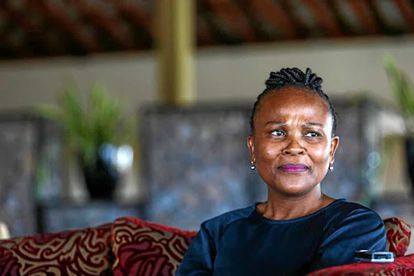 The African Transformation Movement (ATM) has once again come to the defence of embattled Public Protector, Advocate Busisiwe Mkhwebane and criticised the Section 194 committee looking into her fitness to hold office, SABC News reports.

It was just a week ago that the High Court in the Western Cape set aside President Cyril Ramaphosa’s decision to suspend Mkhwebane, just a day after she had sent 31 questions to him, as part of her investigation into the Phala Phala farm robbery. The same court heard an urgent application to have its initial ruling enforced.

ATM leader Vuyo Zungula says the inquiry is actually aimed at personally attacking Busisiwe Mkhwebane and has nothing to do with her fitness to hold office.

Proceedings at the inquiry took quite the dramatic turn earlier this week, when Mkhwebane’s legal counsel, Advocate Dali Mpofu, allegedly threatened the inquiry’s Chairperson, ANC MP Qubudile Dyantyi. During proceedings on Tuesday, 13 September 2022, Mpofu asked the committee for a postponement, to allow them time to prepare litigation, in the wake of the Western Cape High Court judgement.

Mpofu told the inquiry that the embattled public protector was ill and had gone to the doctor and indicated that he had written to Dyantyi on Monday, asking for a postponement, but was turned down.

At some point during the exchange, Mpofu tells Dyantyi: “You are not entitled to abuse me like you are abusing me. I’m senior to you in many ways, not just in age, but in many ways. You know it. So, you have no right to abuse me. But fine, you have the power now, you can exercise it, but you’ll pay one day, ja.”

Dyantyi then asks him if he is threatening him, to which Mpofu responded: “Ja.”

A number of MPs voiced their concerns with Mpofu’s conduct, including the Freedom Front Plus’ Corné Mulder and ANC Deputy Chief Whip, Doris Dekude.