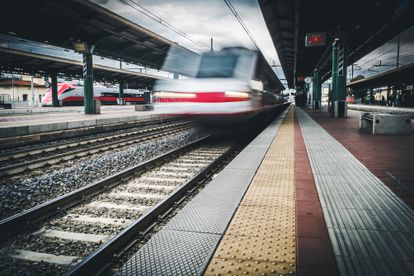 The so-called ‘bullet train’ would look to slash the six-hour travel time between Musina and Johannesburg – Photo: Unsplash

The so-called ‘bullet train’ would look to slash the six-hour travel time between Musina and Johannesburg – Photo: Unsplash

Remember when Cyril Ramaphosa went off into his own little world during SONA 2019? Instead of talking more about the threat of load shedding and the scourge of corruption, the President decided to speak about his ‘dream’ for a new high-speed train in South Africa.

A joint meeting between the provincial governments of Limpopo and Gauteng, held earlier this week, resolved to push forward in creating a high-speed train between the two regions. That’s all well and good, until you consider that one of the destinations is Musina.

The Limpopo-based town is one of the most northerly places in the country. It’s the last significant urban location you come to before reaching the Beitbridge border post, at the southern tip of Zimbabwe. But does it really warrant its own bullet train to Johannesburg?

Although there are plans to further develop this town, it’s modest size and population of under 40 000 has raised concerns amongst the public. The reactions on social media have largely been defined by utter bemusement, and South Africans are full of questions…

Joburg to Musina: There’s a method behind the alleged madness…

According to a statement issued by both provincial governments, the intentions to connect Musina and Johannesburg by a high-speed train are justified. They speak about a need to ‘reduce road carnage’ in the region, and to quickly move goods between two strategic key points.

However, the proposed route remains a source of controversy – despite the ANC’s best efforts to explain:

“The creation of a high-speed train between Johannesburg and Musina will assist in reducing carnage on the roads, especially on the N1. The high-speed train will also make the movement of goods and services between the two provinces and the broader SADC region easier.”

“The officials view the establishment of the high-speed train as a critical foundation for the realisation of the African Continental Free Trade Area. It’ll also contribute significantly to the industrialisation of Musina, a gateway into the SADC region.” | Limpopo/Gauteng Government statement