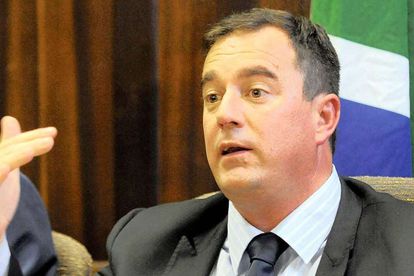 ANC bigwigs have been having the time of their lives since President Cyril Ramaphosa took office in May 2019, that’s according to the Democratic Alliance (DA).

In a statement issued on Sunday, 24 April 2022, DA MP Dr Leon Schreiber says ANC ministers and deputy ministers have splurged on parties, accommodation and other entertainment – and as usual, it is at the taxpayers’ expense.

“New information obtained by the DA through a series of parliamentary questions reveals that during the past three years – which ordinary citizens mostly spent under lockdown – the ANC national government spent at least R1.2 billion in public money on accommodation, another R157 million on catering, as well as R12 million on entertainment for Ministers, Deputy Ministers and other cadres employed by national government departments”

WHICH MINISTRY SPENT THE MOST ON ENTERTAINMENT?

The DA has named and shamed cabinet ministers it says have been spending hundreds of millions of rands of taxpayers’ money. The list includes disgraced ex-minister Dr Zweli Mkhize, Gwede Mantashe and Dr Blade Nzimande – who spent more than R200 million combined. While that’s a massive amount, it is far less than what several other ministers spent.

Justice Minister Ronald Lamola was the biggest offender, according to the DA, having apparently used a whopping R293 million on catering, entertainment and accommodation.

“This department – which has overseen the collapse of the National Prosecuting Authority and was exposed as the posterchild for BOSASA corruption by the State Capture Commission – accounts for nearly a quarter of all taxpayer money wasted on luxuries over the past three years. The department spent an eye-watering R285 million on accommodation during a period when most South Africans were locked down and not allowed to travel,” Schreiber says.

Lamola is then followed by his Tourism counterpart Lindiwe Sisulu, whose former departments – Human Settlements and Water and Sanitation, spent a combined R252 million.

“As we’ve come to expect, one of the biggest spenders of all was South Africa’s own Marie Antoinette, Minister Lindiwe Sisulu. Over the past three years, the departments of human settlements and water and sanitation – which she oversaw for most of that period – blew a combined R252 million. This included over R200 million for accommodation and over R50 million for catering”