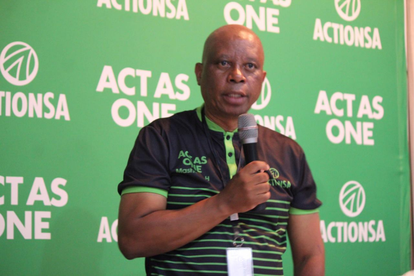 ActionSA says it is now focusing on becoming a formidable opposition of the African National Congress (ANC) in the City of Johannesburg, after Mayor Dada Morero announced his new mayoral committee. Morero’s predecessor, the Democratic Alliance’s (DA) Dr Mpho Phalatse was ousted in a motion of no confidence vote that was sponsored by the ANC, just last week.

“Our position now is that we are fully willing to be a formidable opposition and we will be taking our seats in the opposition. We have already offered to give the incoming government the reports to give them an idea of where we were. And we will be an opposition that will ask questions that will probe and make sure that they keep to their promises,” Action SA’s caucus spokesperson in Johannesburg, Sthembelo Majola has said.

ACTIONSA TO RE-ASSESS APPROACH TO COALITIONS

The election of Morero in Joburg saw the multi-party coalition collapse – COPE’s Colleen Makhubele was elected speaker, beating a candidate who DA candidate who was backed by the coalition. The developments in the metro prompted ActionSA to re-assess the approach to coalitions in future.

Both ActionSA and DA have been blaming each other for the collapse of the multi-party coalition. ActionSA’s national chairperson Michael Beaumont has said in part: “Of particular concern was the need for coalitions to operate from a stable foundation that enabled service delivery and sufficient continuity to reverse decades of failed government. In short, coalitions that are constantly on the brink of collapse cannot effectively deliver services.”

Beaumont lashed out at the DA leader John Steenhuisen for what he calls “arrogance” towards other political parties that were in a coalition with it at the city. Steenhuisen had said the coalition could have worked if Action SA didn’t make it difficult for DA to function in a coalition.