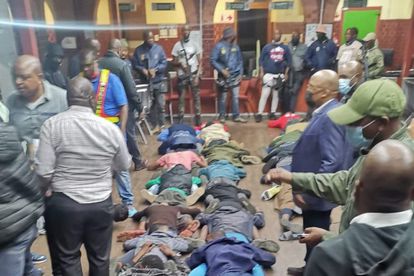 All the suspects, except for the alleged kingpin, arrested in connection with the alleged Krugersdorp fake passport syndicate, were released on bail by the local Magistrate’s Court on Thursday, 12 May.

The suspects were arrested on 27 March after a multidisciplinary team operation that followed up on intelligence about fraudulent passport allegations across the country.

The authorities pounced on the unsuspecting perpetrators at the Home Affairs office in Krugersdorp. The suspects were in the process of running information and photographs through the government’s system to create fake passports.

“It was reported that the alleged ringleader utilised South Africans’ identity numbers and fingerprints to manipulate the system and use the foreign national’s photos to create fraudulent passports,” said the Hawks spokesperson Captain Ndivhuwo Mulamu, at the time.

The alleged ringleader is said to be from Pakistan. He was denied bail as he was deemed a possible flight risk. He allegedly entered the country illegally and obtained his asylum status fraudulently. The status has since been revoked.

The 26 remaining suspects, which include 14 South Africans and other nationalities, were released on R2000 bail. Their next appearance is expected on 5 July.

ActionSA said it regrets the outcome of the bail judgement, in a statement on Thursday.

“ActionSA, while respecting the Court decision to grant the other suspects bail, stands by our previous assertion that all of them should not be granted bail.

“Illegal immigration related issues have had a negative impact on our society. Xenophobic violence has become a serious problem where civilians have given up on law enforcement’s ability to handle this matter,” said ActionSA.