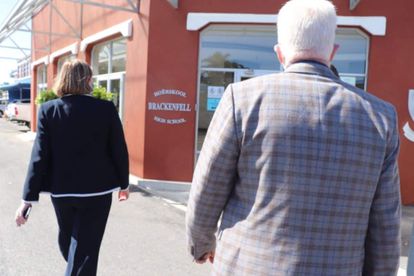 The Western Cape Education Department is trying their best to prepare for an Economic Freedom Fighters (EFF) protest scheduled to take place at the Brackenfell High School on Friday. So much so, that some exams have been rescheduled.

While the fighters have a right to protest peacefully and have even received permission from the City of Cape Town, the education department is concerned that it could still have a grave effect on exams currently taking place and the future of learners.

The planned protest follows on from Monday 9 November where violent altercations played out between party members and parents outside the school. The protest came after a matric party was planned by parents which allegedly excluded learners of colour from attending. Brackenfell High School has since distanced itself from the event saying that it was private and was not organised by the school itself.

Western Cape Education Minister Debbie Schäfer released a statement on Tuesday saying that the EFF has been granted permission by the City of Cape Town for 100 members to protest again outside Brackenfell High School from midday on Friday.

“This is clearly an attempt to intimidate the school and is infringing on the rights of the learners who are writing exams, especially our matrics. Our learners have been subjected to unprecedented events this year and anxiety and stress levels are high. This behaviour is going to add to that pressure,” said Schäfer.

She added that arrangements have been made to ensure that the matrics writing Physical Sciences (Physics) Paper 1 on Friday morning can do so without disruption. All the while, Grade 8 to 11 exams will be rescheduled, but the school will remain open and classes for learners will continue.

Schäfer said the department expects the EFF to be on their best behaviour by protesting peacefully, remaining off school grounds and ensuring that COVID-19 golden rules are observed, including physical distancing and the wearing of masks.

“If they do not, we expect SAPS to make arrests immediately,” said Schafer.

“We are in contact with the school, SAPS and the city’s law enforcement services to ensure that order is maintained and our learners and staff are safe. There is also private security to ensure that no harm comes to the school or its learners,” she added.

‘PLEASE DO NOT TAKE THE LAW INTO YOUR OWN HANDS’

Schäfer called on Brackenfell residents not to gather at the school with a view of engaging in altercations.

“Any action that would escalate tensions further will make it harder for law enforcement authorities to do their jobs. Please do not take the law into your own hands,” she said.

Schäfer, in an effort to reach a solution, scheduled a meeting with the EFF provincial representatives on Thursday to discuss their concerns regarding the Brackenfell High School.

“Let us all think of our children who have a constitutional right to a basic education. Their welfare should be foremost in our minds,” she added.