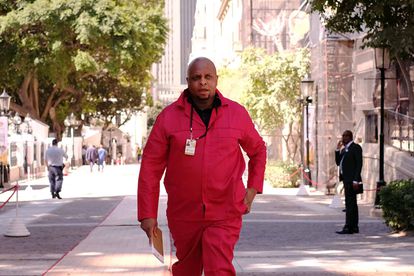 Economic Freedom Fighters (EFF) member Floyd Shivambu has responded to Western Cape Premier Alan Winde’s call for the party and its members to stay away from Brackenfell High School following the nearby chaos on Monday.

Party members and parents collided outside the school on Monday 9 November 2020 over an alleged racist incident whereby a matric event was allegedly put together which excluded black pupils.

Provincial MEC for Education Debbie Schäfer said; “It does indeed appear that only white people attended the function, but it is not true that people were excluded because they were black as many white people also weren’t invited. It was a private event and we are not going to force people to have diversity quotas in a private function. If it was organised by the school, that is a different matter.“

Winde was essentially filmed on Tuesday saying that the EFF and its members should refrain from coming to the school.

“We are asking now for the EFF to stay away from outside of the school because what happens is, is that you end up with confrontations with illegal gatherings like we saw yesterday and the result of those illegal actions that is absolutely unacceptable.”

“White arrogance is when these colonial settlers attack and assault peaceful protesters, call them Nazis and still have the gall to tell us not to protest against racism. We will go to Brackenfell and confront the racists. No one will stop us. No one.”

While Schäfer and Winde responded to the incident at Brackenfell High School, so too did DA Western Cape Provincial Leader Bonginkosi Madikizela.

While Madikizela compared members of the EFF to Nazis for their behaviour, Mbuyiseni Ndlozi has taken the time to respond.

“DA calling the EFF Nazi is a monument of their stupidity: bunch of school fearing whites picking slogans from intellectually degenerate pundits!” he said on Twitter on Tuesday.

“The Fascism script against EFF hasn’t worked for seven years. As far as I know, actual Nazis who administered apartheid sit in DA benches!” he added.

Madikizela in a statement said; “The Nazi’s had the brown shirts that went around terrorising minorities. South Africa has the red shirts.”

The South African Human Rights Commission (Sahrc) has since condemned the violence at the Brackenfell High School.