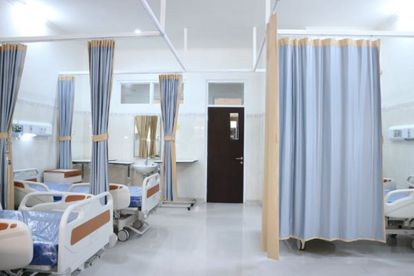 The infamous Mamelodi Day hospital has come under fire after a 13-year-old boy was allegedly raped at the hospital by another patient.

The boy was admitted to the hospital after he injured his leg while playing soccer with his friends.

BOY THREATENED BY HIS ALLEGED RAPIST

From the information shared with the Rekord by the boy’s mother, the incident took place on 14 May 2022.

She said her son was in a ward with three male patients. One of them allegedly crept up on the boy, held a knife to his throat, got on top of the boy’s bed and raped him.

The other two males are believed to have been asleep at the time.

“He held it at his throat and threatened to stab him if he screamed.” He then undressed and got onto my son’s bed and raped him. My son says the lights were off and it was dark,”

The 13-year-old boy has been left physically injured and traumatised by the incident. His mother said he also struggles to sleep at night.

Meanwhile, the mother said the hospital staff made a mockery of the incident. They allegedly accused them of lying about it so they can make money out of this.

“He told me that some of the nurses were making comments about this being a ploy for us to make money out of the hospital and that nothing had happened to him.

“My son heard all of that while he was dealing with the trauma of being raped.”

She told the publication that her son was discharged from the hospital without receiving any counselling, and it was only offered much later.

When the distraught mother reported the matter to the hospital management, she was told allegedly that the hospital was not liable and she could take legal action.

HOSPITAL REPORTS THE INCIDENT TO THE POLICE

According to the Gauteng health department spokesperson, Kwara Kekana the incident was reported to the Mamelodi regional hospital management.

“The matter is currently being investigated by both the facility and SAPS. Upon learning about the incident the police were notified and the alleged perpetrator was kept under police custody.

“The Hospital has since reached out to the family for a recourse meeting, where the incident was addressed, the hospital also offered the family psychological support, which they declined,”

Furthermore, Kekana said the boy was taken to the crisis centre for examinations where the appropriate procedures were followed. The police were notified. The alleged victim was transferred to a different ward, she said.

Mamelodi East police confirmed that a 34-year-old man was arrested on a charge of rape.