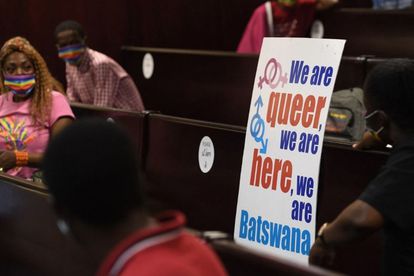 Botswana’s Court of Appeal on Tuesday started hearing a government attempt to overturn a landmark ruling that decriminalised homosexuality.

The country’s High Court in 2019 ruled in favour of campaigners seeking to strike down prison sentences for same-sex relationships, declaring them unconstitutional.

The judgement was hailed internationally as a major victory for gay rights in the conservative Botswana.

But the government wants the ruling overturned because it believes that courts have no jurisdiction to decriminaliase homosexuality.

“The court is not in a position to make such a finding,” Sidney Pilane appearing for the government said.

“This is a policy matter. This can only be assessed by parliament.”

Under the southern African country’s 1965 penal code, homosexuality was punishable by a jail term of up to seven years.

But on June 11 2019, High Court Judge Michael Elburu declared “the time has come that private, same sexuality must be decriminalised.”

Botswana is among a handful of countries in Africa, where social codes are often conservative, to have decriminalised homosexuality.

Others are Lesotho, Mozambique, Angola, and the Seychelles.

South Africa is the sole nation on the African continent to allow gay marriage, which it legalised in 2006.

The Court of Appeal is expected to issue a ruling in a matter of weeks after it wraps up the hearing.