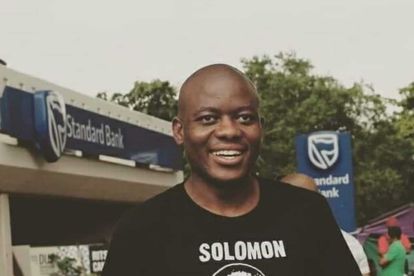 FeesMustFall activist Bonginkosi Khanyile will follow his “narcissist tendencies” and cannot be trusted to be released on bail given his previous defiance of court orders the state argued in opposition to his bail application in the Durban Magistrate’s Court on Thursday.

Khanyile, 32, is facing charges of incitement to violence related to the recent unrest as well as several counts of allegedly contravening the lockdown regulations by holding illegal gatherings and not wearing a face mask in public. He is registered as a student who stays in a residence at the University of the Witwatersrand.

SAPS Organised Crime Unit investigating officer, Anton Booysen, presented five pieces of video evidence, including a clip of Khanyile addressing the public calling for support for former President Jacob Zuma inside Checkers in the Durban CBD and at the Warwick Avenue taxi rank just days before the unrest broke out in KwaZulu-Natal. He also referred to Khanyile’s inflammatory Tweets and presented video evidence of Khanyile calling for support for Zuma outside the Pietermaritzburg High Court.

He said in court papers that the investigation was at an advanced stage and Khanyile had been identified as “an instigator who has made a substantive contribution to the unrest that unfolded to bring the state of unlawfulness threatening our constitutional democracy and economic stability.”

“Based on his conduct he will continue to incite more people in KwaZulu-Natal and in other provinces to continue with acts of violence, the damage which may result in the destabilisation of the economy and the rule of law,” Booysen said.

He said that his actions had “resulted in violent on a wide scale, the destruction of property and essential services. As a result of the unrest and violence that unfolded 300 people lost their lives.”

Booysen said he believe that Khanyile would “stop at nothing to achieve his overt narcissist objectives”. He said he had previously violated his house arrest on an earlier conviction and it was likely he would not adhere to bail conditions.

“It is my view he will remain defiant to the proper functioning of the criminal justice system, including the bail system and will continue to jeopardise the objectives of it.”