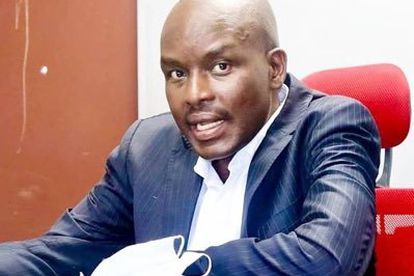 Bongani Mavuso will be laid to rest on Saturday, 1 October 2022. Image via Twitter/@bongani76mavuso.

Bongani Mavuso will be laid to rest on Saturday, 1 October 2022. Image via Twitter/@bongani76mavuso.

As previously reported, Mavuso who hosted Ezangempelasonto and Abasiki Bebunda passed away on Tuesday, 27 September after a short illness just a day before his 46th birthday. His funeral service will be held at the EThekwini Community Church (ECC) at 09:00.

Family spokesperson, Majuba Mavuso said the multitalented 45-year-old was rushed to Umhlanga Hospital in Durban on Monday 26 September after he complained about losing strength.

Mavuso who was born in Dumbe, northern KwaZulu-Natal is a Literary Journalism Award recipient and most recently, his poem Intsika Yethongo walked away with a 2nd runner-up prize at the Avbob Poetry Competition.

Qhawe as he was affectionately known followed in the footsteps of other talented radio personalities who also became renowned authors like Muzi Eric Ngcobo, Morris Vusumuzi Bhengu and VVO Mkhize amongst others.

The 45-year-old author, poet and entrepreneur who had worked for the SABC for 18 years was highly passionate about preserving IsiZulu language through poetry and literature.

Condolences have been pouring in since his death was announced. Political parties in the province including the African National Congress (ANC) and Inkatha Freedom Party (IFP) also sent their condolences to those affected by Mavuso’s death.

“What saddens us most is that his departure is a depletion of a solid and clear pool of  journalists available to the nation.

“He carved for himself a niche in the hearts and minds of millions of people throughout the country for his presenting skills in the most current affairs programme on Ukhozi FM. He was admired by his fellow colleagues and fans for his humility.”

Donga LaMavuso who will be dearly missed by millions of Ukhozi FM listeners is survived by his mother and brother.