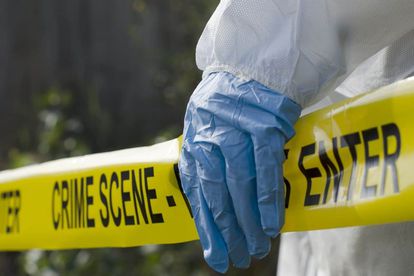 In what has been more horrific news, the decomposed body of a 25-year-old black woman has been found dumped along the Golden Highway in Gauteng.

The body was discovered by commuters on Sunday 14 June at about 13:00. The discovery adds to what has now become a lengthy list of acts of violence against women in the month of June.

“On Sunday 14 June 2020 at about 13:00, members of Eldorado Park SAPS received a complaint of a dead body that had been discovered by commuters along Golden Highway next to the BP garage in Freedom Park,” said Makhubela.

Upon their arrival at the scene, South African Police Service (SAPS) members found a big red bag containing the decomposed body of an unknown black female believed to be approximately 25-years-old.

“Upon inspection of the decomposed corpse, they noticed that the victim had been wearing a straight weave and a blue in colour denim jeans. Her hands and legs were tied with rope from behind,” added Makhubela.

Police said there were no visible wounds and the circumstances surrounding the murder is currently unknown at this stage.

On Friday 12 June — just three days ago — a woman’s body was cruelly dumped under a tree in an open space in Dobsonville, Soweto.

Police are currently looking for suspects who dumped the body. Preliminary investigation revealed that the victim was killed somewhere else and dumped in the place where the body was found.

“Community members who were protesting in Dobsonville saw the body of the woman under the tree on their way home and called the police,” said Police Captain Kay Makhubele.

“The woman is unknown at the moment,” said Makhubele.

MURDER IN PRETORIA, BOYFRIEND ON THE RUN

On Sunday 14 June, mutilated remains of Evelyn de Kock were found in Eesterust, Pretoria. She was thought to have been killed by her boyfriend.

“We are calling on the communities of Eersterust and Geluksdal to assist police in tracking [the partner], who is suspected of murdering his girlfriend in Highlands Park. Her mutilated body was found today and the male suspect has fled, with his whereabouts unknown. Anyone with information must contact Eersterust SAPS.”

“Sadly, another life lost! We are losing the fight to protect our women, children and LGBTQI+ community members!”