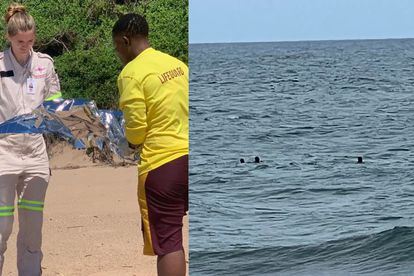 The body of a bather who went missing at sea last week from Blythdale washed ashore this morning, Wednesday, 30 November in Zinkwazi.

BODY OF MISSING BATHER WASH OUT OF SEA

“Our thoughts are with the family.”

MATRIC TEEN SWEPT OUT BY A WAVE

On Thursday, 24 November 2022, the bather went missing at sea, and a search and rescue operation was immediately initiated.

Medi Response search and rescue, together with KDM lifeguards and Police Search & Rescue, monitored an unprotected beach in Blythedale where a bather had been swept out to sea.

The bather is understood to be a 19-year-old girl who was swept by a wave while taking photographs with two other friends.

Search and rescue crews launched vessels to conduct surface searches, and a drone was launched to aid in the search, however, the bather was not recovered on the day.

Six days later the body of the bather resurfaced after washing ashore.

As more incidents of drowning are expected this festive season, Medi Response launched its festive season safety campaign in partnership with the KwaDukuza Municipality.

This because the management of Medi Response has a long-standing working relationship with the KwaDukuza Municipality, namely the Departments for Community Safety.

“As we gear up towards the festive season, Medi Response has once more entered into a working agreement with KDM to render support to their community safety units.
We will be operating additional search and rescue units over the season to ensure that residents and visitors alike, receive maximum effort in the event of emergencies,” the company stated.