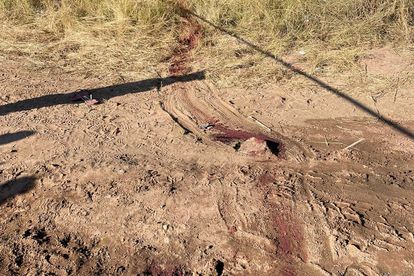 A body with stab wounds was discovered in an overgrown vegetation in KZN. Image via Facebook/RUSA

A body with stab wounds was discovered in an overgrown vegetation in KZN. Image via Facebook/RUSA

The body of an unidentified man who was bludgeoned and stabbed at least forty times was discovered in overgrown vegetation on an unpaved road next to a river in Oakford in KwaZulu-Natal (KZN).

The body was reportedly discovered by a passerby on Tuesday, 28 June.

In a separate incident, on Monday, 27 June, the body of an unidentified man with a gunshot wound to his head was discovered in a cane field in Inanda also in KZN.

A farmer reportedly made the gruesome discovery. “On arrival, RUSA Medics examined the deceased who was lying in a prone position on an unpaved road. He sustained a gunshot wound to his head and right arm. The motive for the murder was not established,” RUSA said.